Click here to edit the Social Media Links settings. This text will not be visible on the front end.

THE PROS AND CONS OF LIVING IN ORLANDO 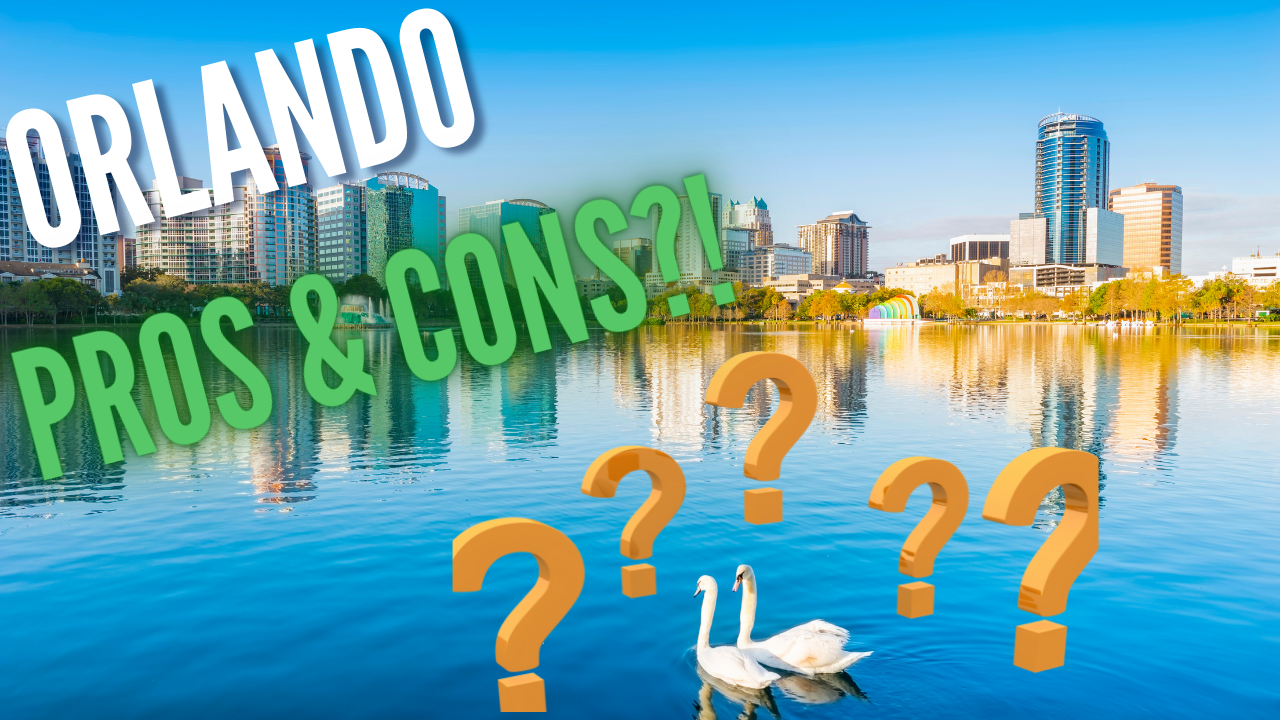 MY HONEST TAKE
A lot of people, especially in colder parts of the country/world, have probably thought to themselves: Is Orlando a good place to live? Sunny and hot all year round, Orlando, Florida is an awesome city with so many attractions close at hand. There’s fun for all ages around every corner, and as a real estate agent, I get asked about living in Orlando all the time!  I decided to write this blog to showcase the TRUTH about living in the Orlando/Central Florida area. I’m originally from out of state myself and this has given me an outsider’s perspective on Orlando that I think is really helpful for my real estate customers thinking of moving south.

PRO: THE WEATHER
The name itself calls out to those who suffer through harsh northern winters: The Sunshine State. I don’t mean to brag, but if you like sunshine, we’ve got plenty of it in Orlando.  I myself was born and raised in New York, and started living in Central Florida about 15 years ago. I know how long and cold those winters can be first hand. Moving to Orlando will give you all the heat you can handle, if you’re into that kind of thing 😉 We do still have winters here, but they’re extremely mild, rarely requiring more than a light jacket.

PRO: OUTDOOR ACTIVITIES
This kind of goes along with the awesome weather thing.  A city like Orlando that has a ton of sunshine every year is going to have lots to do outside.  Hiking trails criss cross the entirety of the area for those who like to get their outdoor activities on foot. Kayakers love living in Orlando for its year-round kayaking. Water sports of all kinds can be done almost every day on the year (except for a couple of stormy or windy days).

PRO: ENTERTAINMENT ABOUNDS!
Most people associate the Orlando area with its theme parks like Disneyworld, Universal, SeaWorld, and many more. For families with small children, or even grown children, there is an endless supply of entertainment right at your fingertips.

CON: BUGS (BIG BUGS)
Central Florida is humid, which means the bugs are big and they’re hungry. Bug spray is mandatory for outdoor activities because those bad boys have a tendency to descend on an outdoor gathering!

CON: RAIN
It seems like almost every afternoon in the summer there is a short but intense rain storm that hits the Orlando area. This is caused by the heat and humidity. It’s so common that you can almost set your watch to it. Having said that, the weather is so perfect the rest of the time that we forgive those little bursts of rain.

IS ORLANDO A GOOD PLACE TO LIVE?

I might be biased, because I’ve lived here for 15 years—but I think overall Orlando is one of the best places to live. The pros far outweigh the cons tenfold, and the lifestyle here is unbeatable.

Related Articles
Buying HOW DOES RENT TO OWN WORK IN FLORIDA Are you looking to buy a home, but you’re just not sure if you’ll qualify for a conventional loan?  Still debating on whether you should continue to rent or try to buy? Are you looking to sell your home right now and you need help with a couple of things that need to get done […]
Buying FIRST TIME HOME BUYERS ORLANDO Are you searching on Zillow every hour on the hour to find your dream home? Are you thinking about buying a new home, but you just don’t know where to start in the process? Hi, my name is Janine Rosario and I’m a Real Estate Agent here in the Orlando and Central Florida area.  I […]
Buying HOME INSPECTIONS ORLANDO FLORIDA Home Inspections At the top of the long list of items to do when buying a home, some would argue that the home inspection is highly important right next to securing a home loan.  But what’s involved? How much does it cost? Why is it done in the first place?  It’s important to understand what […]

Thank you for your inquiry.